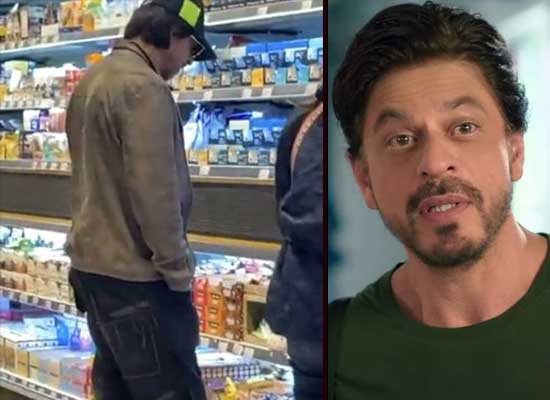 Bollywood’s superstar Shah Rukh Khan starrer Dunki is one of the most-awaited movies of the actor. It marks the first association of Shah Rukh with director Rajkumar Hirani. The movie was announced in April this year and is set to hit the theatres on December 22, 2023, and also stars Taapsee Pannu. It is produced and directed by Rajkumar Hirani and is co-produced by Gauri Khan. Earlier, The Baadshah actor was spotted at Mumbai airport as he flew to resume the shooting of Dunki.

Recently, Shah Rukh, who is presently filming for Dunki in Jeddah, Saudi Arabia was spotted by his followers. The actor was seen at Jeddah Waterfront, and soon after, he was also snapped at a supermarket by his admirers. In the pics, the Darr actor looked dapper as always as she donned a leather jacket with denim jeans and accomplished his look with a cap. He was also surrounded by his crew members.