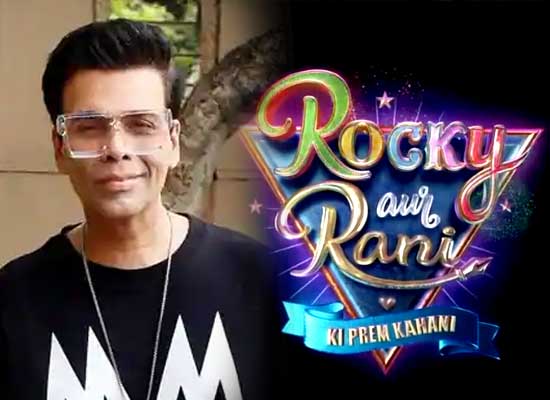 As we all know that Bollywood stars Alia Bhatt and Ranveer Singh will soon be seen together again in their forthcoming movie Rocky Aur Rani Ki Prem Kahani after Gully Boy. This movie also marks Karan Johar’s comeback as a director after many years. The last feature movie that he directed was Ae Dil Hai Mushkil, which released in 2016, and starred Anushka Sharma and Ranbir Kapoor in the lead roles. Rocky Aur Rani Ki Prem Kahani, which was earlier scheduled to release in February 2023, has now been postponed, and will release in April 2023 instead. The makers have finally locked a new release date of the movie, and Karan Johar has shared an update about the same.

Karan Johar took to his Instagram handler to share a statement regarding the release date of the movie starring Alia and Ranveer. In his note, he stated that the film will release in theatres on 28th April 2023. The note read, “After 7 years, it's time for me to return to my first home- the cinemas. I had the absolute honour of working with not one, but many illustrious actors on the set of my 7th film. The familial nostalgic feeling of an ensemble cast, creating music that captivates the hearts and a story that runs deep to the roots of our family traditions.”

Closing the note, KJo shared, “It's that time again- to huddle with your family and friends, buy the popcorn and witness just sheer love and entertainment unfold on the big screen. We're overwhelmed and impatiently excited to finally inform... Rocky Aur Rani Ki Prem Kahani in cinemas 28th April 2023.”