Priyanka Chopra opens up on being a part of Hollywood cinema! 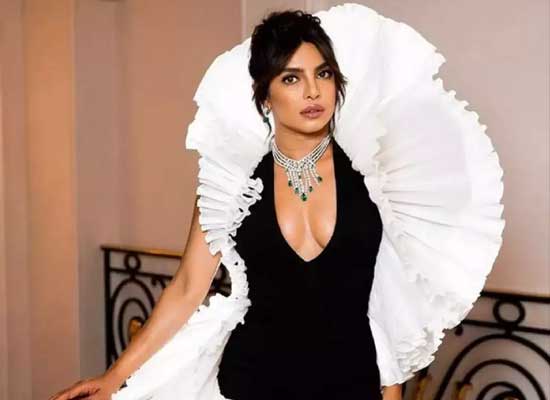 Well-known actress Priyanka Chopra is one of the most talented actresses in Bollywood. The Fashion star enjoys a huge fan following not only in Bollywood but also in Hollywood. She came to Mumbai after almost a gap of 3 years and her happiness was obvious on her face. In a latest media chat, the actress talked about her journey in Hollywood and how the diversity in the entertainment industry is an exciting time for actors.

The Dostana actress revealed that she has been in the business for about 2 decades now but she started working in India. “As an actor who was always thinking about an opportunity in English language movies because you know they travel universally vs a specific language, this is a really exciting time to not just be able to be a part of cinema no matter where in the world you are from, to be a part of Holywood English international cinema which was always a check in the box for actors like me who come from outside of America, it feels so inclusive,” joked Priyanka. She further revealed that diversity now feels more real to her. She said that streaming has given us the ability to not just be a part of English-language movies but also, they have our movies. She disclosed that her mother watches Korean dramas all night. She concluded by saying, “But you know it has created such cross-pollination. So I think it is so exciting to be able to see such incredible diversity. Global diversity in entertainment.”