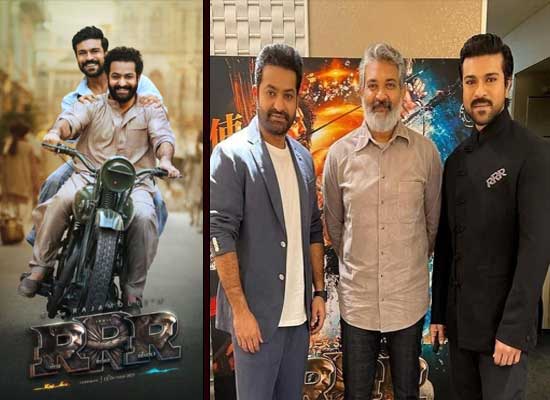 Well-known filmmaker SS Rajamouli's period action drama and Ram Charan and Jr NTR starrer RRR has created the media buzz across the world. Recently, RRR’s team including Ram Charan, Jr NTR and SS Rajamouli reached Japan to promote the RRR. Ever since the movie was released in Japan a couple of days ago, it has received an incredible response from the audience.

In addition. they dropped a video of the Baahubali maker who is overjoyed with the honour. SS Rajamouli is heard telling, "I am so glad that our film RRR has won the Saturn Award in the Best International Film category. I thank the jury on behalf of our entire team. We are super elated. This is also the second Saturn Award for my films. The first one I won for Baahubali: The Conclusion. I would like to congratulate all the other winners."