Radhika Apt opens up on Hrithik Roshan's fitness and her long-distance marriage! 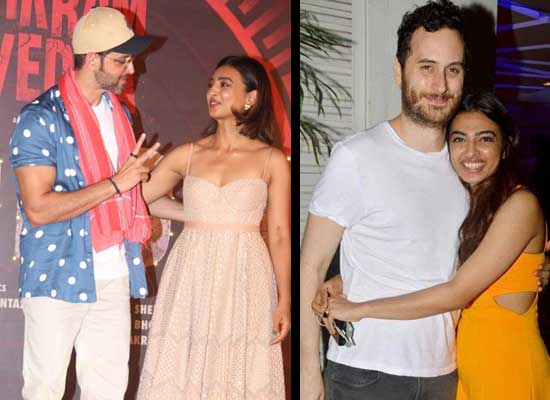 Bollywood actress Radhika Apte is one of the most multifaceted actresses in the film industry. She is well-known for her works in hit movies namely Pad Man, Andhadhun, Phobia, Sacred Games, and Lust Stories to name a few. She plays the lead role along with actors Hrithik Roshan and Saif Ali Khan in recently released film Vikram Vedha.

Now, she opened up on how she feels about working with actor Hrithik Roshan on screen and what she loves about him the most. She revealed, “His dedication to fitness.” While chatting with a media source, Radhika Apte talked about her wedding with Benedict Taylor and what challenges she faced, if any, post-marriage. Radhika highlighted about her long-distance relationship with Taylor and revealed, “I had a long-distance marriage till COVID happened. Now we are spending so much time together, it is marriage chapter two! In the beginning, it was so sad to be away, it was really heartbreaking. Now again I think, ‘Oh my God I won’t be able to see him for a bit’ that really hurts me. But we are trying to spend more time now.”

She further added, “Long distance relationship is really hard. But if you want to make it work, you can make it work. We made it work; I don’t know how. We wanted the same thing and loved each other’s company. Giving each other freedom is the most important thing. And giving yourself freedom- to change, think differently, and want whatever you want. Accept yourself as who you are and then you’ll accept the other person. That’s something I have learned about any successful relationship.”